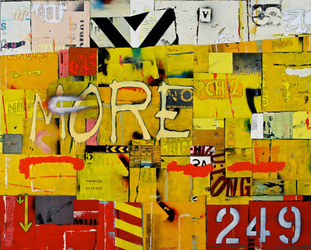 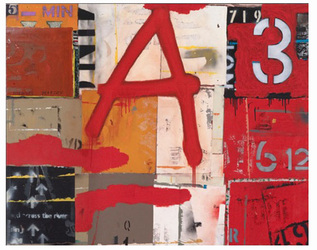 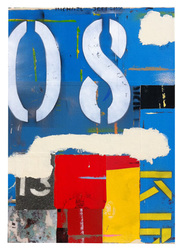 Michael Jeffery’s work can be found in numerous collections around the world, including the Hamilton Regional Art Gallery (Victoria) as well as private collections in Hong Kong and Paris.

One World, One Art, published by Artnow International Corporation, USA.

“The visual ideas for my work usually originate from my dreams, or images seen while in the state between waking and sleep. The practice of sourcing imagery directly from the subconscious has become my primary focus for investigation. The painting techniques themselves are also experimental and are essentially collages of dried skins or sheets of paint. These skins are cut to resemble bricks within a wall or perhaps topographic views of an urban landscape. Other forms may become robot-like creatures, hybrids of nature and machine. My paintings invite the viewer to consider the impact our actions have upon the world, each other and future generations of all life."