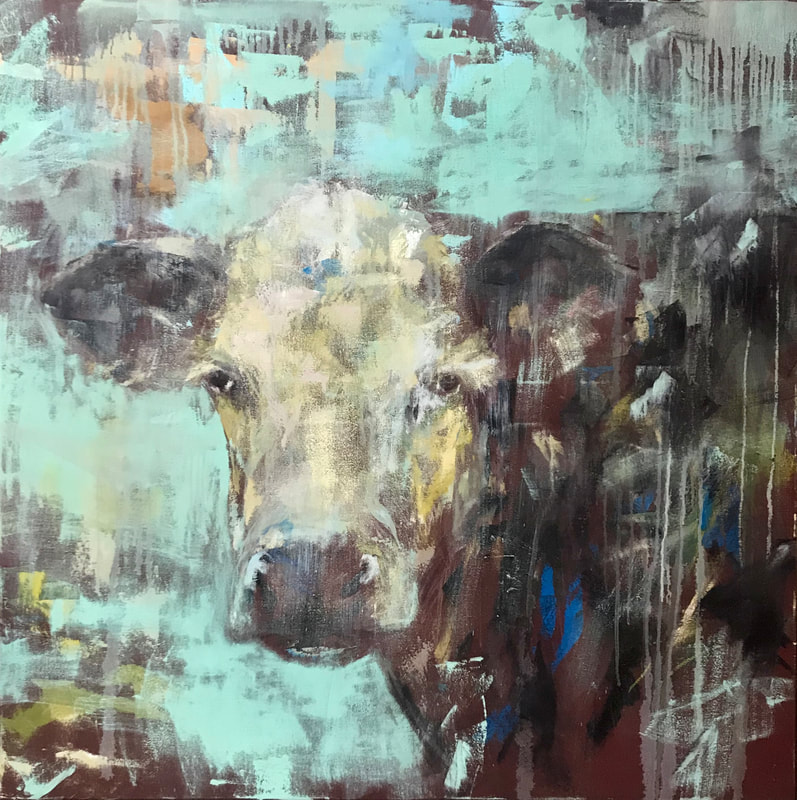 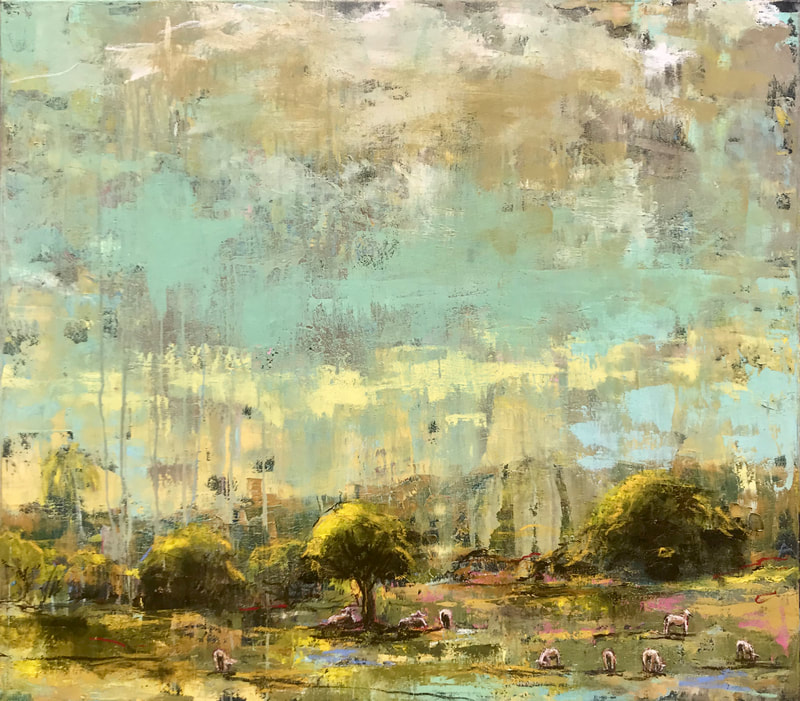 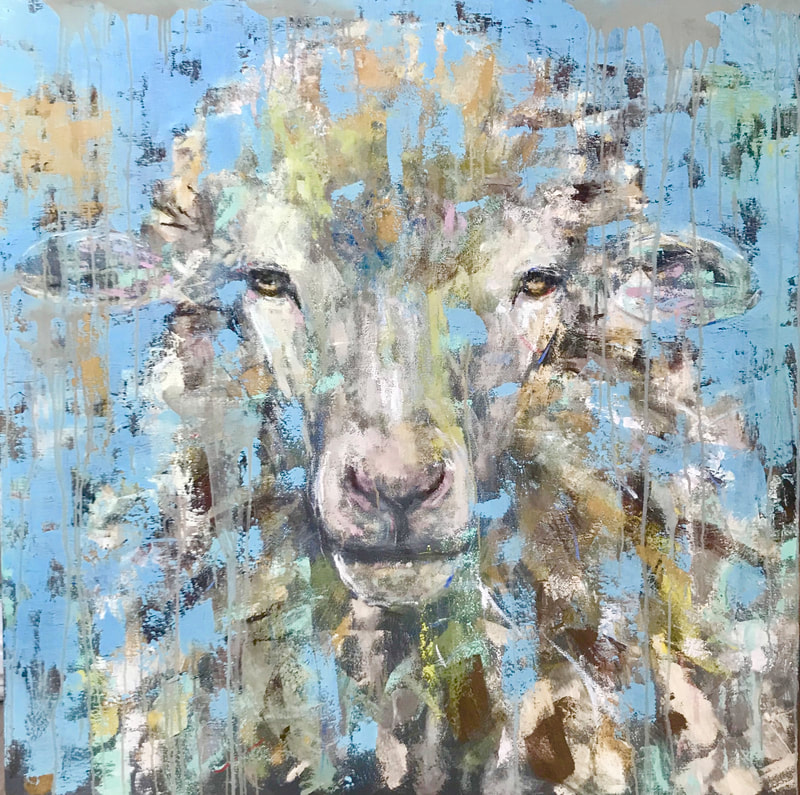 Unsurprisingly for someone whose family has farmed for generations, Lucy Vader conveys a landscape that has been both seen and felt. She applies paint in thick, sumptuous layers blurring the boundary between abstraction and representation. Stand close to one of Vader’s works and her brushstrokes draw you into a richly textured world of deep colours – green, yellow, red and blue. Move away from the canvas and wide, grassy paddocks emerge, frequently populated by sheep – golden and camouflaged against parched yellow land, or with bright white fleeces that contrast with rain-restored grass. Vader’s sheep graze, run off or just look inscrutable, contributing a light-heartedness for which she has become known.